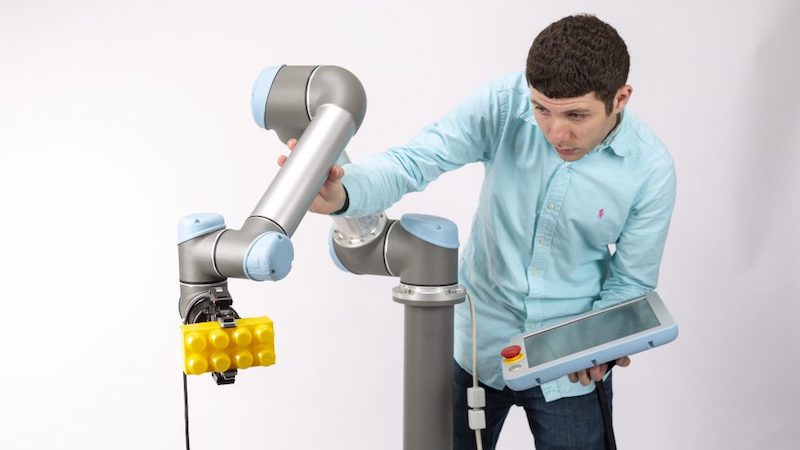 A key thread of my work involves designing novel interfaces for collaborative robots to facilitate their intuitive and effective use and their successful adoption to industrial settings. Collaborative robots hold tremendous promise for small-scale manufacturing and task automation, although existing interfaces for control and programming are significant bottlenecks to their effective use and widespread adoption.

In this line of work, I explore new ways of enabling operators to effectively use robotic arms and engineers to form successful human-robot teams. My collaborators include:

Advisees involved in this line of work include:

Some of the methods and systems we have built in this line of work include:

Mimicry control — a new interface that enable operators to control a robotic arm by moving their own arms in free space and the robot mimicking operator movements — Paper 1, Paper 2, Talk

Bimanual teleoperation — an extension of mimicry control to bimanual scenarios, while enabling coordination between the two robotic arms — Paper, Talk